Step Inside The Jaw-Dropping Eglon House 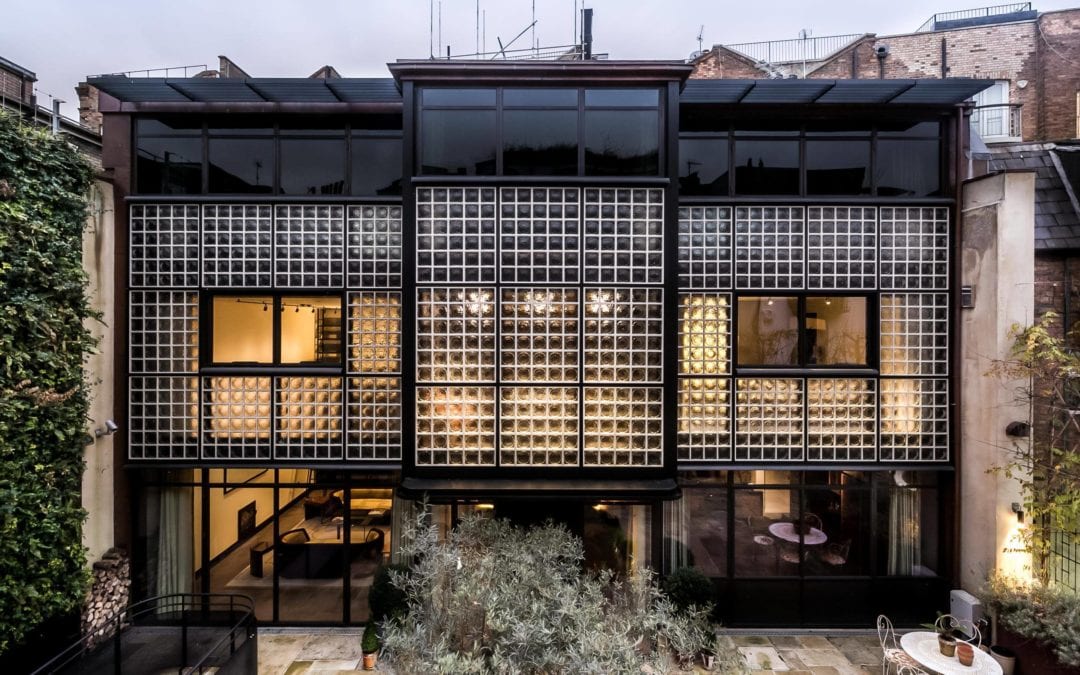 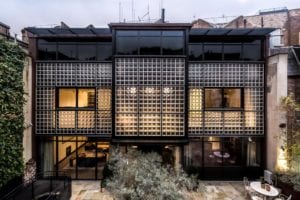 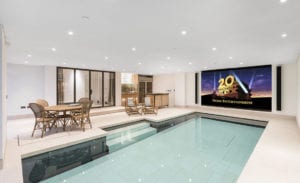 A tiled floor that drops six feet at the push of a button to become a swimming pool? That’s a way to convert your basement you probably hadn’t thought of before.

The original Mayfair Recording Studio in London’s Primrose Hill was surrounded by neighbouring properties on all four sides, which could not be encroached upon during the redevelopment of the site – the construction of Eglon House. With an investment of £6M, the 1200 sq m building is a feat of engineering. A 2.1×2.1m high door was the only access point to the site, which was to feature a four-storey working and living space with a basement and courtyard. With a desire to minimise any movement to the existing perimeter walls, to speed up the construction programme and enable the site to always be accessible during the build, Symmetrys adopted a ‘top down’ construction method to revolutionise the space. 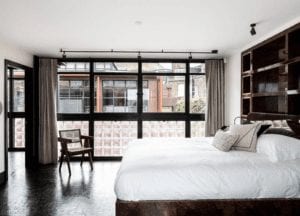 Contiguous piles were installed adjacent to the boundary walls to form new perimeter walls, allowing Symmetrys to build from the ground up while the basement was being simultaneously cut. This ensured the most cost-efficient solution, as the structure could be built quickly, reducing labour costs, as well as the use of materials being more efficient.

The result is an architectural homage to one of the most celebrated buildings in Paris – the Maison de Verre, or House of Glass, in the 7th arrondissement. It brings industrial materials to a domestic setting, incorporating life, work and art in to one structure. The original moulds for the glass have been recast to recreate the façade of one half of the building, and Parisian sofas have been recreated to fit the structure perfectly. Many other features, including the lift and cinema room, have all been made in Britain. However, the stand-out feature is the swimming pool, which emerges as a large tiled floor descends six feet and becomes inundated. 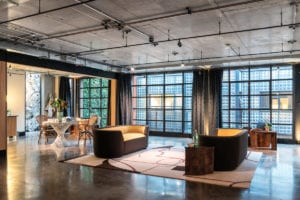 Eglon House also incorporates several sustainable design features, including two green roofs and living green walls, aiming to reduce urban heat island effects, improve biodiversity in the area and provide an attractive view for neighbours. The home also makes use of solar photovoltaic panels at roof level, providing energy to the grid and solar thermal panel to provide hot water. In turn, this will result in a 30% carbon reduction at minimum, compared to the 2006 Part L baseline regulation.

The residential property boasts five bedrooms, two kitchens, two double-height reception rooms and an expanse of unallocated space that could be given a myriad of purposes, being used for work, private collections or entertainment. NW3 Interiors absolutely love the transformation that has occurred on this project and we were blown away when we first saw shots of Eglon House. 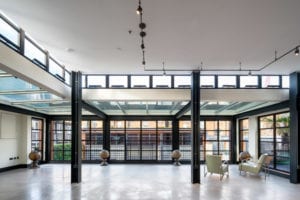